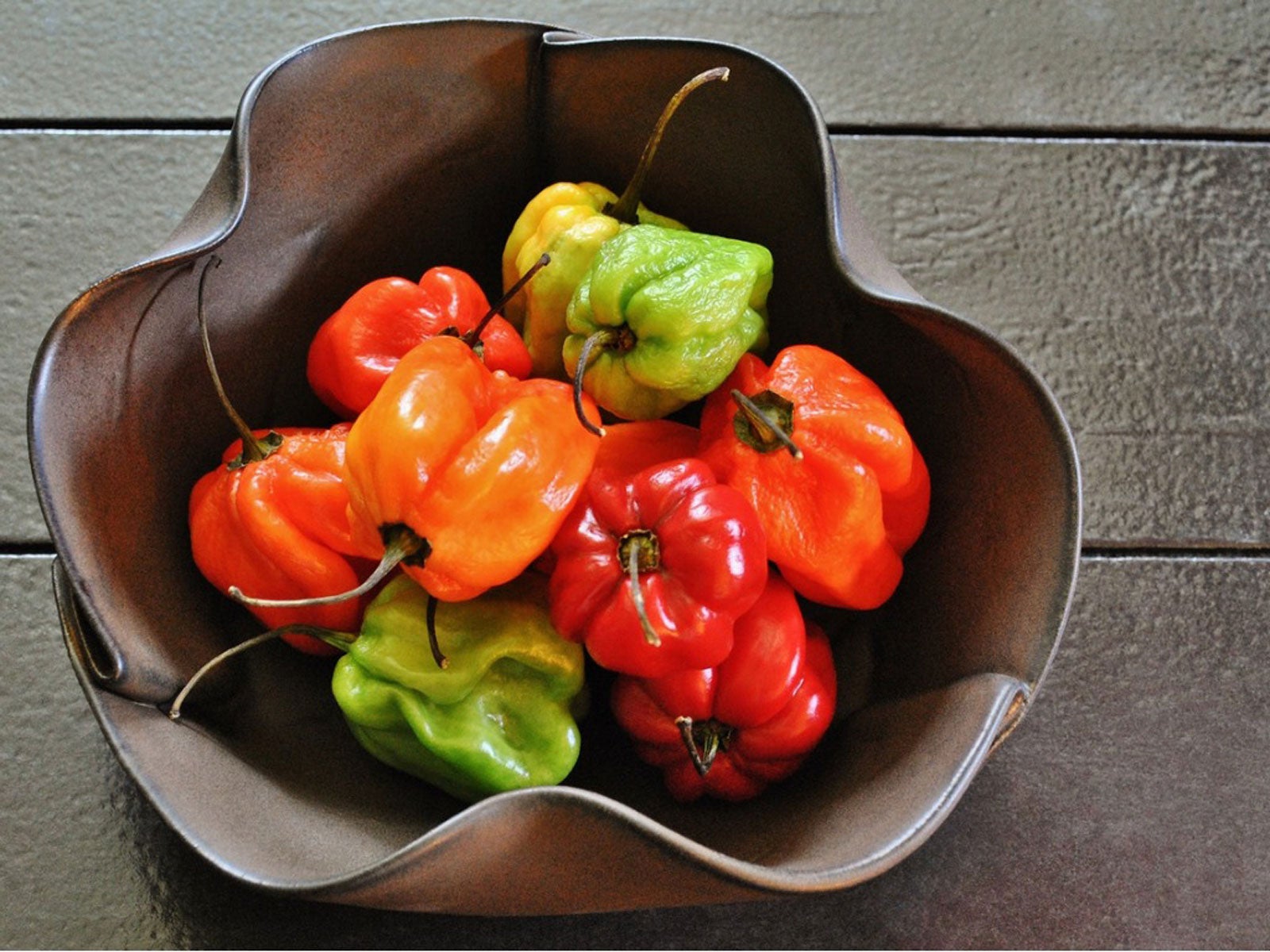 Scotch Bonnet chili peppers (Capsicum chinense) are a hot pepper variety that hails from tropical Latin America and the Caribbean. A perennial, these pepper plants produce small, glossy fruit that ranges in color from red orange to yellow when mature.

The fruit is prized for the smoky, fruity notes it imparts along with its heat. The peppers look much similar to tiny Chinese lanterns, although their name is more likely derived from the resemblance to a Scotsman’s bonnet which is traditionally termed a Tam o’Shanter.

There are a number of Scotch Bonnet chili pepper varieties. Scotch Bonnet ‘Chocolate’ is mainly grown in Jamaica. It is dark green in infancy but turns a deep chocolate brown as it matures. Conversely, Scotch Bonnet ‘Red’ is pale green when unripe and matures to a brilliant red hue. The Scotch Bonnet ‘Sweet’ is not really sweet but rather sweetly hot, hot, hot. There is also the Scotch Bonnet ‘Burkina Yellow,’ a rarity found growing in Africa.

How to Grow Scotch Bonnet

When growing Scotch Bonnet peppers, it is best to give them a bit of a head start and begin seeds indoors about eight to ten weeks prior to the last frost in your area. The seeds should sprout within 7-12 days. At the end of the eight to ten-week period, harden the plants off by gradually introducing them to outdoor temperatures and conditions. Transplant them when the soil is at least 60 F. (16 C.).

Transplant the seedlings in a nutrient rich prepared bed with a pH of 6.0-7.0 in full sun. Plants should be spaced in 3-foot (just under a meter) rows with 5 inches (13 cm.) between plants. Keep the soil uniformly moist, especially during flowering and fruit set. A drip system is ideal in this regard.

Fertilize the Scotch Bonnet pepper plants every two weeks with fish emulsion for the healthiest, most bountiful crop.