Scotch bonnets are among the hottest peppers in the world. The name might sound fun and happy, but the pepper itself is anything but. The typical spice rating of a Scotch Bonnet pepper is the same as a habanero. You don’t usually find these peppers at supermarkets in the US, but you do have a chance of finding it in stock if the local area has a large Caribbean population.

The reason why this happens is that the scotch bonnet pepper is one of the most commonly used hot peppers in the Caribbean islands. It is used in many of the meat dishes on the islands. 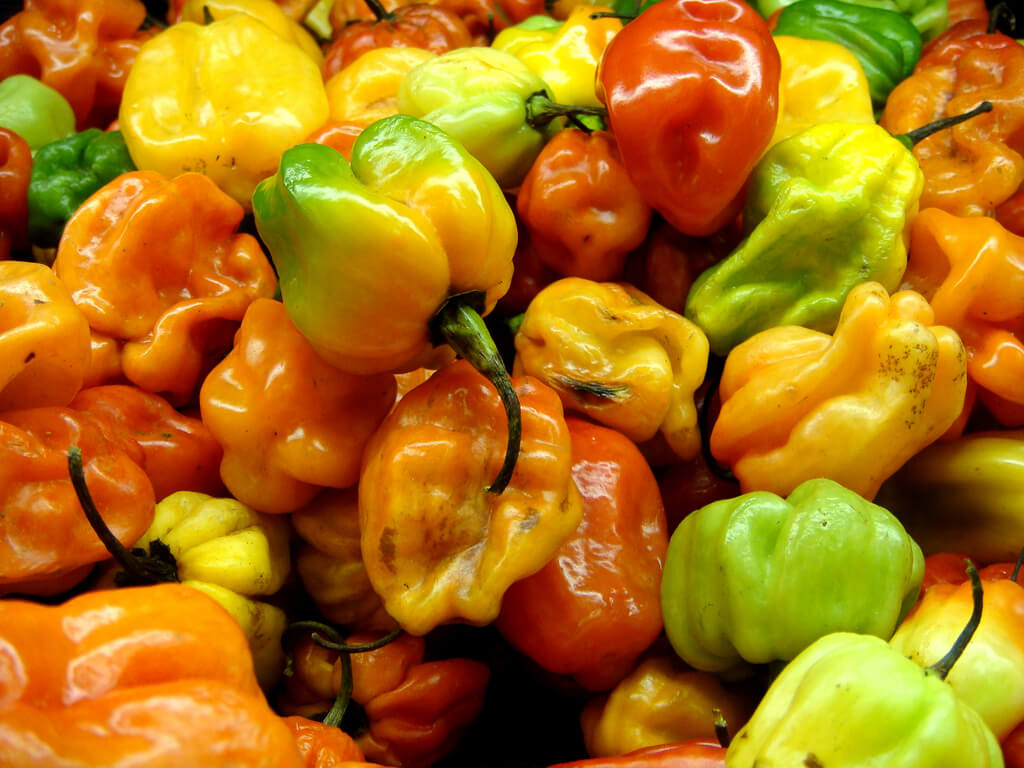 Why is it Called a Scotch Bonnet?

The name comes from its unique shape. If you’ve seen a scotch bonnet pepper before, you know that it is shaped like a squashed hat native to the Scottish people – a Tam o Shanter hat. That’s where the resemblance ends, though. The Scottish have had no influence in the cultivation of the pepper. You might also find Caribbean natives referring to it as the Bahama Mama or the Martinique.

A scotch bonnet pepper tastes rather sweet when you first bite into it, rather like a tomato. The taste is quite close to that of the habanero pepper. This is why it is such a popular choice for making hot sauces and dishes in the Caribbean islands.

There are many different varieties of the scotch bonnet pepper. There is the Tobago Scotch, the Scotch Bonnet Chocolate, and many more. Each has a slightly different flavor and spice level. The colors are also different, making this pepper an aesthetic addition to any vegetable garden as well.

Can You Grow Them? 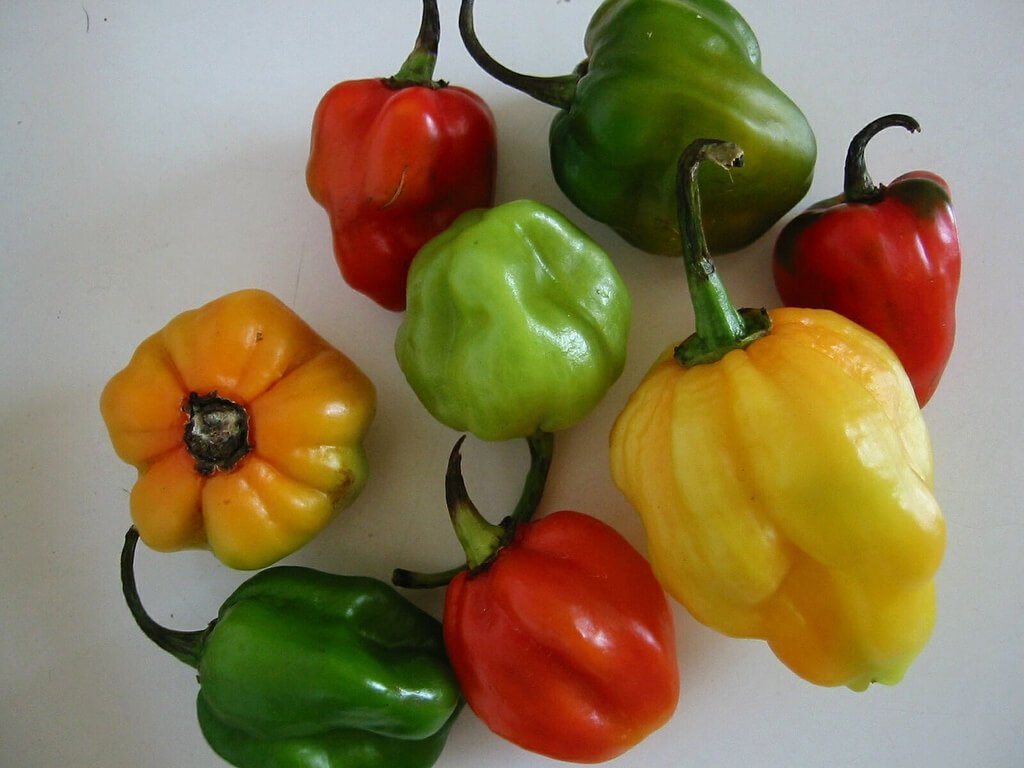 The best part about growing yourself some scotch bonnet peppers is that you don’t have to live in Jamaica, where they grow natively, to cultivate them yourself. Most backyards and gardens in the US and other northern parts of the world are great for growing this pepper. They can make a great addition to any healthy meal that you make, as long as you add the pepper in moderation.

When you buy scotch bonnet pepper plants at a garden center, you might wonder what type you are buying. Most garden supply stores don’t state what variant of the pepper is in the plant. Most of the plants are simply labelled Scotch Bonnet and left at that. While this might be enough for you if all you are interested in is the pepper in general, it isn’t ideal for actual pepper fans.

One of the best variants to grow in a garden is the Scotch Bonnet Chocolate type. This is because the fruit of this plant has a brownish hue to it. However, you don’t have to stick to this. Pick out a color and type that suits your own preferences and needs. The Orange Scotch Bonnet is another great addition that can look absolutely wonderful in your garden!

Start working on your plants a few months in advance of actually planting them. This applies especially if you are starting out with just the seeds of the pepper plant and nothing more. This way, when the weather outside is safe from frost, you can go outside and find seedlings.

Try to get your plants from nurseries in your local area. These are already acclimatized to your region. This means you won’t have a bunch of dead plants on your hands that couldn’t handle the harsher conditions in your area.

If you’re having trouble dealing with frost on the ground because you started too early, buy some large bottles of soda and cut them horizontally near the base. You can use each one of these as protective covers for your plants at night.

Get yourself a soil testing apparatus. Check the soil where you plan to plant the scotch bonnet peppers for its pH value. You need a pH that is slightly below 7.0 for the best results when growing your peppers. You should do this even if you only plan on planting the peppers in a container. If you have a lower pH than you need, increase the value by adding ground limestone to the soil. For higher values, adding sulfur can lower the value.

Composting your soil is very important indeed. Add a layer of at least four inches of compost and till the ground thoroughly before planting your peppers. You should work the compost and soil to a depth of about eight inches. This helps your scotch bonnets to work their roots in well.

Any pepper plant needs sunlight to survive just like any other vegetable. Since their native land is tropical in climate, you will need to give your plants at least four hours of sunlight a day at minimum.

When you first plant your peppers, ensure that the soil you’re planting them in is nice and moist. Dig your holes about as deep as the container the plants first came in. Leave a gap of about three feet between plants.

Too many people water their plants to the point that the plants drown in the saturated soil. Instead, keep your urges in check, especially when you see a blossom for the first time. As long as the soil is moist, you should be fine.

The Value of Growing Your Own Peppers

Scotch Bonnet peppers in particular are very beneficial to your health. Eating them regularly is recommended, but buying them from a store can be unreliable and expensive. The last thing you need is chemicals in the peppers from mass farms. Instead, work with peppers you have grown on your own.

You can use them to flavor your dishes whenever you need some extra spice, and you can use potted pepper plants in your home to brighten up a dull room. The many benefits of scotch bonnet peppers only serve to cement the fact that growing them is a great idea. 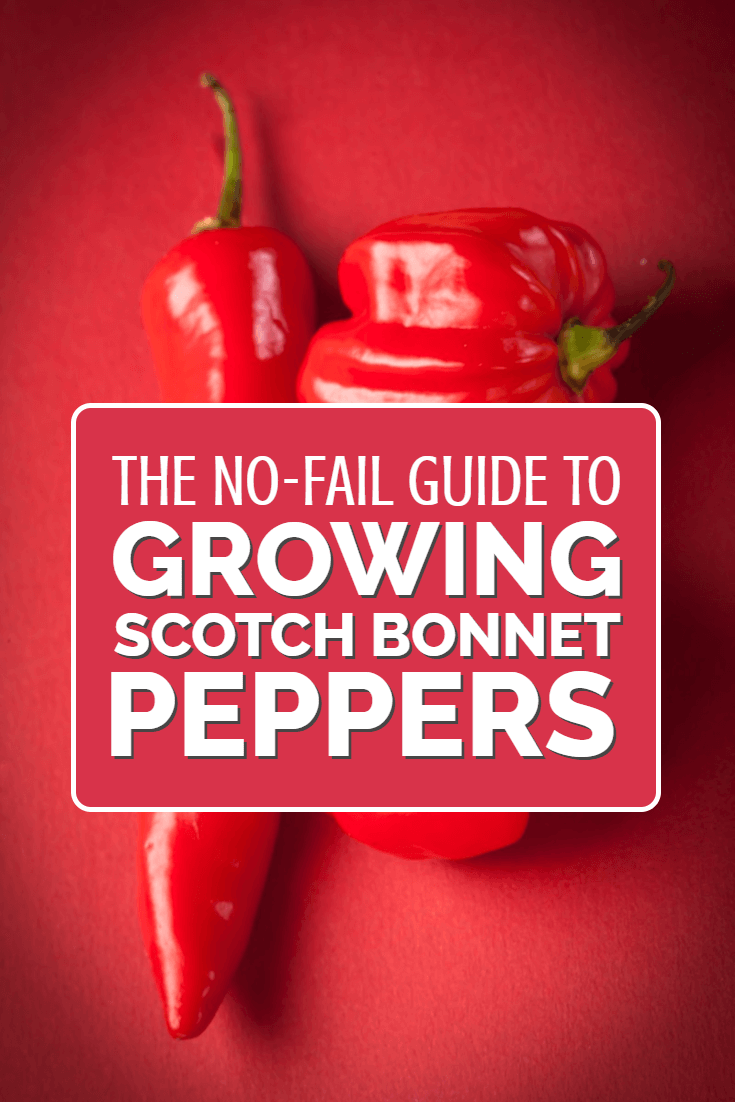