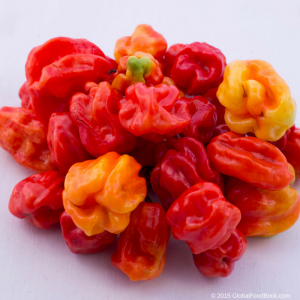 How often do you spice up your food with chili peppers?
Often?
Sometimes?
Seldom?
Never?
The puzzle is right now in your court to solve!!!

Just some quick heads up on my personal adventures with chilli peppers over the past years before I move ahead to share some really important facts you definitely need to be aware of about this special vegetable. Personally, I’ve always loved peppery meals and I barely can recount ever cooking or eating any homemade food without adding at least few pinches of pepper. Almost every member of my family loves peppery dishes and I can’t even deny that this has been the case from time immemorial. When I say peppery food, I don’t mean that the food will be overly pepperish to the extent of burning off my tongue or putting me off the meal.

Although some people enjoy really hotty pepperish dishes but that is not just the case with me. I always prefer it to be within minimal range. I don’t know about you but I can tell you for sure that some people would never dare to eat food without pepper. I’ve seen many of such people so I am telling you from experience but personally, I don’t mind whether the food is pepperish or not — Just Bring the food on and I will gladly devour it!!! Almost everyone eats pepper everyday even without realizing it. Right now, let’s then forge ahead and unravel some important facts you ought to be aware of about this peppery vegetable; scotch bonnet pepper. The popularity of this pepper and obviously every other peppers is as a result of the combination of its strong pungency, pepperish taste and colour. Scotch Bonnet, which is also known as Bonney pepper, red pepper, boabs bonnet, Caribbean red pepper, achucha pepper, ball of fire or Scotty Bons is a type of chili pepper that is believed to have originated from the Caribbeans before spreading to other parts of the world especially Africa. Scotch pepper is sort of similar to habanero and they both belong to a higher classification of species known as Capsicum Chinese. 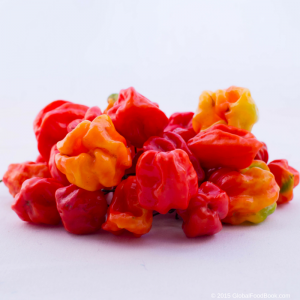 There are quite a lot of different types of pepper from all over the world but you will agree with me that one commonality of all these peppers is the fact that they are used for spicing and flavouring food. Besides, researchers have also revealed that including pepper in our diet is very beneficial to our health due to its nutrients, vitamins, minerals and antioxidant content.

Interestingly, studies reveal that very high quantity of ascorbic acid has been recorded in fresh peppers especially when compared with other fruits and vegetables. The strong pungent flavour and aroma of chilli pepper are as a result of the presence of alkaloids known as capsaicinoids. Here are some of the amazing benefits of scotch bonnet peppers, which you ought to be aware of.

1. Medicinal Benefits of Peppers
Scotch pepper contains capsaicin, which is normally used for manufacturing medications such as analgesic, pepper spray and circulatory stimulant. 2. Flavouring and Spicing
Due to it’s spectacular colour and flavorful aroma, scotch bonnet can be used for flavouring and spicing different African, American, Asian, European and Australian cuisines including pepper recipes such as pepper sauce, hot sauces and pepper soup etc.
3. Ornamental Purposes
Peppers can be planted as a decorative and ornamental plant due to its colourful appearance especially when ripe.
4. Colouring Agent
Peppers can be used for colouring food due to their strong colours such as paprika pepper, purple pepper, red long peppers and cayenne peppers etc.
5. Nutritional Values of scotch bonnet Peppers
Scotch bonnet peppers are an excellent source of phytochemicals and vitamins such as vitamin A, vitamin C (ascorbic acid), iron, vitamin B, carotenoids, niacin, riboflavin, dietary fiber, flavonoids and magnesium.
6. Insecticidal Properties of Scotch Bonnet Peppers
Scotch bonnet peppers contain insecticidal properties thus can be used as a natural insecticide in farmlands and gardens for wading off insects, nematodes etc.
7. Fights Cancer
Scotch bonnet peppers contain capsaicin, which have been revealed by researchers to be capable of preventing and blocking the growth of cancer cells. Capsaicin, which is present in scotch bonnet peppers are capable of suppressing the growth of malignant cells and cellular metabolic activation.

8. Pain Treatment
Scotch bonnet peppers can be used for treating different types of pain such as; rheumatoid pain, headaches, osteoarthritis pain, painful diabetic neuropathy and inflammatory heat due to the presence of capsaicin in them.
9. Relieves Chest Congestion
Scotch bonnet peppers can be used for preparing traditional medicines and soups that can be taken to relieve chest congestion and for preventing sinusitis.
10. Treatment of Asthma
The roots of scotch bonnet peppers can be used be preparing traditional medicines that can be used for treating asthma.
11. Treatment of Cardiovascular Diseases
The presence of capsaicin in scotch bonnet peppers makes this pepper capable of reducing the onset of cardiovascular diseases such as hypertension, coronary heart disease and atherosclerosis etc This is achieved simply by inhibiting the aggregation of the platelets.
12. weight Management
Scotch bonnet pepper is an excellent source of capsaicin, which researchers have revealed to be capable of reducing excess body fat build-up. So, if you want to shed your excess fat, don’t forget to include some reasonable amount of scotch bonnet peppers in your diet.
DISCLAIMER
This post is for enlightenment purposes only and should not be used as a replacement for professional diagnostic and treatments. Remember to always consult your healthcare provider before making any health-related decisions or for counselling, guidance and treatment about a specific medical condition.
REFERENCES
1. Ballard, R. E., McClure, J. W., Eshbaugh, W. H. and Wilson, K. G. (1970), A Chemosystematic Study of Selected Taxa of Capsicum, American Journal of Botany, Vol. 57, No. 2, pp. 225–230.
2. Baruah, S., Zaman, M. K., Rajbongshi, P. and Das, S. (2014), A Review on Recent Researches on Bhut jolokia and Pharmacological Activity of
Capsaicin, International Journal of Pharmaceutical Sciences Review and Research, 24(2), pp. 90-92.
3. Brito, J. A., Stanley, J. D., Kaur, R., Cetintas, R., Di Vito, M., Thies, J. A., and Dickson, D. W. (2007), Effects of the Mi-1, N and Tabasco genes on infection and reproduction of Meloidogyne mayaguensis on tomato and pepper genotypes. Journal of nematology, 39(4), 325.
4. Paul W. Bosland, P. W. (2004), Homage to the Chile Peppers, 17th International Pepper Conference, p.1.
5. Persley, D., Adkins, S., Allsopp, E., Bag, S., Baker, G. J., Broughton, S. and Nyasani, J. O. (2010), IXth International Symposium on Thysanoptera and Tospoviruses IPM CRSP project on tospoviruses and thrips vectors in South and Southeast Asia Heliothrips sylvanus Faure (Thysanoptera: Thripidae) confirmed as a potential economic pest of sweet and astringent persimmon in South Africa, A serological assay for the detection of the nonstructural protein (NSs) of Iris yellow spot virus and its use in virus detection in plant and thrips vectors Completion of the molecular characterisation of Iris yellow spot virus, Journal of Insect Science, 10(1), pp. 166.
6. Korkutataa, N. F. and Kavaz, A. (2015), A Comparative Study of Ascorbic Acid and Capsaicinoid Contents in Red Hot Peppers (Capsicum annum L.) Grown in Southeastern Anatolia Region, International Journal of Food Properties, 18, pp. 725–730.
7. Tewksbury, J. J., Manchego, C., Haak, D. C. and Levey, D. J. (2006), Where did the Chili Get its Spice? Biogeography of Capsaicinoid Production in Ancestral Wild Chili Species, Journal of Chemical Ecology, 32 (3) pp. 547–562.
8. Thomas, R. H., Bernards, M. A., Drake, E. E., and Guglielmo, C. G. (2010), Changes in the antioxidant activities of seven herb-and spice-based marinating sauces after cooking, Journal of food composition and analysis, 23(3), pp. 244-250.
9. Ukpabi, U. J. and Ndimele C. (1990), Evaluation of the quality of Gari produced in Imo State. Nigeria Food Journal 8, pp. 105 – 108.